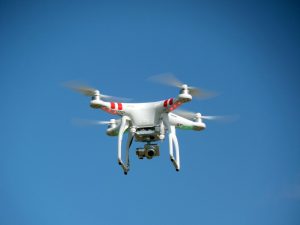 You may have read or heard about these, and quite rightly so, as they appear to be everywhere!

Taking away the slight exaggeration, this isn’t far from the truth. We’re talking about drones, and they seem to have exploded into 2015! Lots of people, and even businesses, are using these unmanned aerial vehicles to do things that previously would have been too dangerous, too expensive, or even just impossible.

The list of companies and organisations that use drones are endless, some of the bigger names include Network Rail, BBC, Shell, Amazon, and the British Army.

What’s great about these futuristic gizmos is that, providing you buy one with a camera of course, they can capture footage that would have been too dangerous for a human to try to retrieve, and if they could, it would have been at the cost of a helicopter, pilot, and specialist camera equipment.

They record great footage at a low cost and low risk. They can be, and have been, used for 3D mapping, web videos, security, maintenance, TV content, and filming events.

Best of all? These flying cameras aren’t just exclusively for the big guys either, anyone can use them!

Take a look at a few examples of what drones can offer.