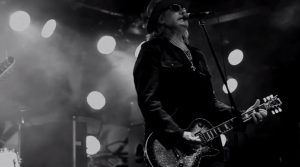 The music industry is focusing more and more on music videos, as they can be easily shared, help attract new fans, and even generate revenue.

Take Taylor Swift’s Bad Blood music video. Although the information hasn’t been officially released, one website reported that the video cost around $1 million; meaning profits are probably much higher.

It’s fair to say, the Internet is now packed with them. And we’ve all seen our fair share, right? But have you noticed the use of similar editing techniques in almost all of these videos?

These are techniques that make the video more pleasing to watch, complement the music, but also quite often go unnoticed.

Cut to the beat: There’s nothing worse than when visuals aren’t in sync with the audio, in this case a song. So one of the important things to note when editing a music video together is that all the cuts match the beats of the music. This make the video flow a lot smoother and, depending on the song, can add style.

Pace: This is pretty much a given as you wouldn’t have a slow video to go with a fast song and you wouldn’t have it the other way round either. Having the right paced video for a song can add much more, as well as feeling like both elements fit together and that they were never separate.

Sound recorded separate: We all love clear sound, so it’s important to have a separate audio track recorded so that when it gets to editing you can sync up the clear sounding audio and get rid of anything naff. E.g. for a rock band you would use a studio recording instead of the audio taken during the filming as you would be left with crystal clear audio.