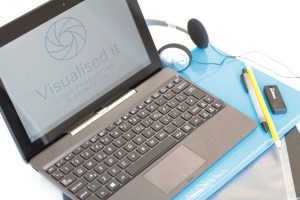 When it comes to video editing, we’ve come a long way in a short period of time: Before the 1980s if you wanted to edit film you had to slice reels frame by frame and stick them back together in the order you wanted; time-consuming and expensive! Non-linear (computerised) digital editing software started to emerge in the 1980s, meaning editors could instantly see any clip they had without having to cut reels, and save multiple versions simultaneously.

Now there is a huge variety of editing software to choose from, it can be very confusing and daunting for the inexperienced. That’s why we’ve done this comparison guide of some of the more popular programs for people looking to dive into editing:

Bundled free with most Apple software, iMovie is great for beginners as the newer versions have templates to help you make a short film or trailer, with an extremely user-friendly interface and the ability to import tracks from Garageband. It’s drawbacks being it’s very basic and lacking in advanced features.

Basically the PC version of iMovie, this allows simple videos and picture slideshows to be created on the fly, with a modest range of picture effects and transitions and the ability to upload straight to the internet is a plus for the YouTube crowd. Although it’s extremely simple to pick up and use, if you’re looking to edit anything outside of a simple sequence of clips its simplicity can be restrictive.

Sony Vegas is a step up from the previous software, and it has a lot of advantages: The learning curve isn’t too steep and it soon becomes very user friendly, with a lot of built-in effects it allows for basic grading and the ability to greenscreen and add multiple video layers to a project. Vegas is simple enough for beginners and powerful enough for pros and they also offer a scaled down version: Vegas Movie Studio for consumers. It’s letdown slightly by its outdated and bland interface and it’s not considered one of the main industry standard editing software programs used by production companies.

One of the most popular editing programs with amateurs, professionals and video editing companies, Adobe Premiere is packed with features. As part of the Adobe Creative Cloud it’s fully compatible with Photoshop and After Effects, which is a must if you’re thinking about special effects. There is a bit of a learning curve, but once you’re over it you’ll increase your chances of employability in the video editing industry. It is rather pricy by comparison to other software, but similar to Vegas, there is a scaled down version: Premiere Elements for the consumer market. You pay for the software via the Adobe Creative Cloud subscription service, which lets you pay monthly or annually.

The longtime leader of video editing on Mac, Final Cut does everything an industry standard piece of software should do: The ability to greenscreen, colour grade and add an infinite number of video and audio tracks, many Hollywood feature films have been edited on Final Cut.

Apple recently launched Final Cut Pro X, simplified to make it more user-friendly and accessible. This was met with a less than favorable reception from many professional editors, citing the new version’s lack of features, although it is improving with each update a lot of editors still prefer the previous version: Final Cut Pro 7.

One of the most tried and tested pieces of media software; Avid has been used to edit numerous TV shows and theatrical films and has the ability to make movies in 4K. A lot of big production houses still use this as it was THE industry standard program for years until Final Cut came along. However, if you’re a beginner, be warned: There is a very high learning curve, even if you are familiar with the previously mentioned editing software, so this is only recommended for industry professionals and production house owners. You also need to be specifically trained to buy the software and it is very system requirements heavy and expensive.